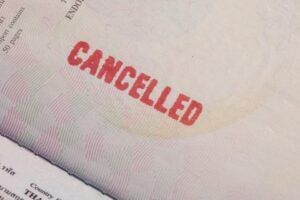 The visa cancellation process takes around 30 days to process, and once approved, the expatriate has 30 days to leave the country. It is important to understand the entire process because if the expatriate has dependent family members in the UAE, then their visas have to be canceled first. The expatriate must act as their sponsors in such cases. 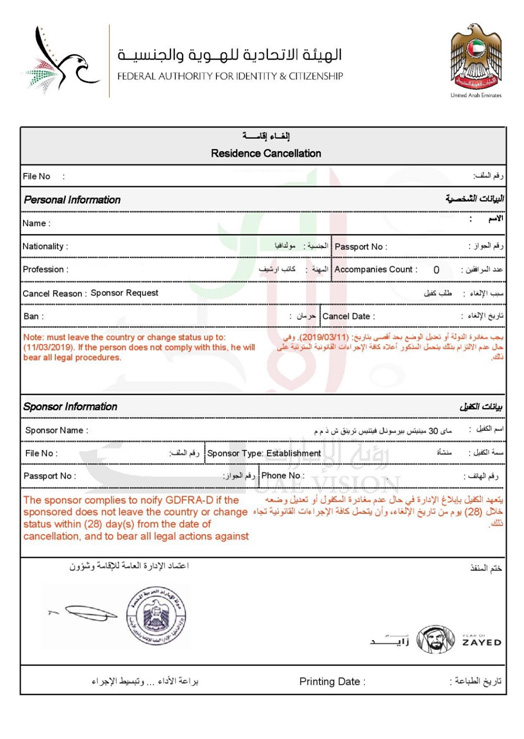 How to cancel your Dubai Visa

The application process of Dubai Visa cancellation is as follows:

The employer of the expatriate must apply for cancellation on the website of the Ministry of Human Resources and Emiratisation. The required documents for the same are to be attached electronically. Work permit and work contract of the expatriate must also be canceled under such circumstances. To process this application, the employer and the employee must sign and submit a letter stating that all outstanding dues between the parties involved have been settled. It is inadvisable to sign this letter if there is some payment pending by the employer.

If the expatriate is not leaving the country and only changing jobs, even in such a case, the work permit must be canceled by the current employer. After the current employer applies for the cancellation of the work permit and the process is completed, the new employer must renew the permit. After the contract of employment with the initial employer ends, the foreign resident must find a new job if he/she wishes to stay in the country.

If the expatriate wishes to change jobs before the contract ends, then he/she must get a No objection certificate (NOC) from the employer. This NOC will transfer the sponsorship of the expatriate from the old employer to the new employer. In case there is some kind of misunderstanding in the contract, and the employer does not issue a NOC, then the foreign resident has the chance of getting an employment ban. Employment bans in the country last anywhere between six months to a year.

Listed below are the documents that are required for the Dubai visa cancellation procedure:

1) Winding up all obligations with the bank and closing of the bank account.

2) Tenancy contract must be duly ended.

3) If the foreign resident has a car, it must be sold off.

4) It is the responsibility of the expatriate to ensure that he/she receives all the benefits like salary, gratuity payments, commissions, airfare charges, and so on from the employer. This has to be done before the visa cancellation is registered in the office of MOHRO.

5) The visa cancellation procedure has to be finished within 30 days of termination from the job or the expiry of the employment agreement. Either the person can find a new job and renew his/her work permit by transferring sponsorship from the old owner to the new owner or leave the country.

6) The company is responsible for the expatriate even after his/her visa has been canceled until the resident leaves the country.